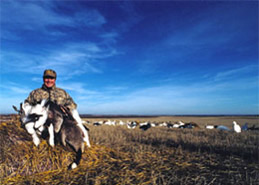 Sean Mann has been guiding waterfowl hunts for over forty years. He began his career in Maryland guiding Canada Goose hunts on Chesapeake Bay. His ability with calls and decoys quickly made him one of the most requested guide in the region. 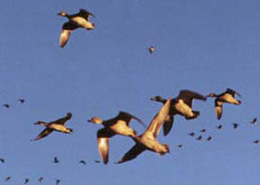 There is no hunting on Sundays in Maryland.

Half day hunts, usually morning, but dictated by weather & birds. Farms are from Talbot County up to Cecil County.

To find out more about waterfowl hunts with Sean Mann
call 1-800-345-4539 or email Sean Mann: sean@seanmanncalls.com

Browse ‘Hunt With Us’